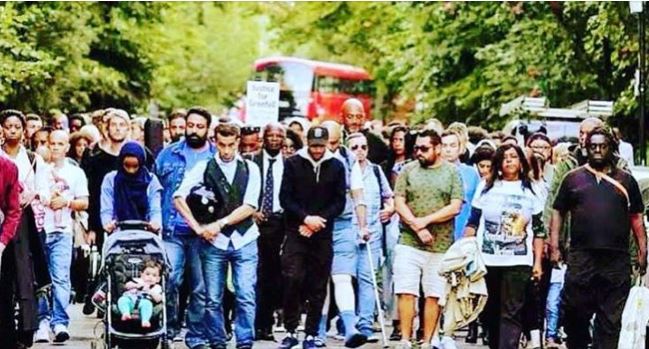 As the fourth anniversary of the Grenfell Tower fire approaches, has RBKC hyperbole become reality?

Soon after the Grenfell Tower Fire atrocity on 14 June 2017, the government appointed an Independent Task Force, a group of four senior and experienced people with wide knowledge and expertise, to oversee the recovery.

We had concerns, but in the event I, at least, felt they were, on balance, more or less, fair. Their five reports, between October 2017 and March 2020, were detailed, specific and damning. They were full of praise for our voluntary organisations, groups and individuals, but heavily criticised the Council. Report 1 stated ‘RBKC failed its community on the night of 14 June and in the weeks following.’ It stated that the Council was: distant from residents; highly traditional in operational behaviour; limited in its understanding of collaborative working; insular; and with a deficit in its understanding of modern public service delivery.

Report 4 said its relationship with the community was ‘going backwards’, and Report 5 ‘remained concerned’ about RBKC culture, and criticised hyperbole about ‘world class services’ while delivering little change.

There were several over-riding themes they wanted RBKC to focus on, and numerous recommendations. To paraphrase:

In June 2018 the Council signed up to the Hillsborough Charter. It was an impressive and highly publicised move, and many in the community were surprised and pleased. RBKC publicly committed to:

We need to revisit these commitments, to see just how much, or how little, has changed.

There are countless new RBKC policies, so many that you have to wonder if they will ever have time to implement them, let alone monitor their implementation?

One of my favourites is this, the Statement of Community Involvement in Planning. The possibility of genuine engagement with Planning issues has been a constant complaint for many years, and this looked hopeful. Here are some of its commitments:

As a Council, we are committed to listening to local residents and businesses; and just the same, we are committed to ensuring that people have a real say in the planning decisions that matter to them in their local area. We would hope that by facilitating conversations earlier on between communities and developers, as well as the Council, planning applications can emerge that better fit the local context and that enhance our local areas.

Those are the words.

As a long-time member of Planning Committees I am regularly lobbied by campaign groups, from Chelsea to North Ken, from Knightsbridge to Earl’s Court. The frustration of residents at the lack of any meaningful change is tangible. Residents tell me there has been no change.

Those in the Leadership Team responsible for Planning seem content to argue with residents and ignore due process and genuine engagement, preferring to explain and re-explain their fixed position in various ways rather than actually shifting their position. Picking fights on Twitter is not the best way to prove that the top-down, hierarchical, we-know-best attitude is in the past, nor prove that ‘cultural change’ in the Council has happened in any meaningful way.

Does the Council create policy as a proxy for action on meaningful change?

We constantly hear ‘we have changed’. But for most residents it is only the framing that has changed, not the nuts and bolts working of the Council, let alone their attitude to residents. When facing criticism, senior Tory Councillors accuse us of offending officers. There is a very long history of using officers as whipping boys, and we will have no part in it. It is totally disingenuous to blame those who work for the Council, for the dismal failure of decision-makers – the Leadership.

As for a more recent Twitter pile-on, after concerns were voiced about Ballymore (ref New Phoenix Wharf fire and the sky pool) building on a large site in N Ken, I received what could only have been an orchestrated attack from pro-development groups around the UK who do not follow me, and have never set foot in North Ken.

RBKC spent £1.6m on engagement (or ‘enragement’ as some put it) in 2019/20, but it is hard to see where that has been spent. Many residents are suffering, as the Task Force put it, from ‘consultation fatigue’. At times I hear that at public consultation events Tory Councillors and officers outnumber residents. Officers – I’ve been told – are advised to ‘blend in’ and take off their passes.

Ongoing failure is supported by a comms strategy that minimises then spins failure, and maximises any meagre achievements. When a project fails it seems they return to it with lovely new targets that are easier to reach. As such there is a cycle of failure with no workable road-map, and failure is repeated.

This cycle of disingenuous ‘engagement’, refusal to accept their failure, lack of transparency, defensiveness to the point of aggression – utterly negate RBKC’s much-vaunted embrace of the Hillsborough Charter, and the endless policies so beautifully written and so neglectfully ignored.

I would like to ban the term ‘lessons learnt’. No lessons are learnt unless there is political will, a doable and practical plan, sufficient resourcing of skilled and competent staff, full oversight of their work by an experienced team leader, full transparency, and regular monitoring by an independent body.

Before the Leadership – once again – trots out their defensive ‘you are upsetting officers who are working very hard’, I will state this:

The failure of RBKC Council to improve is a political failure, by and from the Leadership, and it is offensive in the extreme to blame those whose job it is to carry out the decisions made by others, and who are not able to defend themselves.

RBKC will forever be known as ‘’the Grenfell Council’, and every failure will be scrutinised intensely, by local Labour Councillors (and a few disaffected Tories), by local blogs and campaign groups, and by the 100s of 1000s of leaseholders and other living in combustible homes of all kinds, cladding, insulation, wooden balconies, untreated softwood cladding, inadequate fire doors, failures in compartmentation, poorly maintained fire exits – who justifiably fear an atrocity may visit them and they will face this inadequate response.

The Council set out, in 2017, a desire to be an ‘exemplar’. We don’t think they meant it to be an exemplar of poor practice.

Many local community groups failed by the dismal lack of improvement are still demanding commissioners to take over and run the Council. So I say, asking politely – take responsibility for your failures, re-read your beautiful policies, bring in expertise where you lack it, do better – or resign.

The world is watching.

LINK TO BRIEFING ON HOUSING, RE-HOUSING AND HOMELESSNESS IN RBKC