Remembering the pain of the first Grenfell Silent Walk PROMISES, PROMISES As the fourth anniversary of the Grenfell Tower fire approaches, has RBKC hyperbole become reality? OPINION by Emma Dent Coad   Soon after the Grenfell Tower Fire atrocity on 14 June 2017, the government appointed an Independent Task Force, a group of four senior and experienced people with wide knowledge and expertise, to oversee the recovery. We had concerns, but in the event I, at least, felt they were, […] 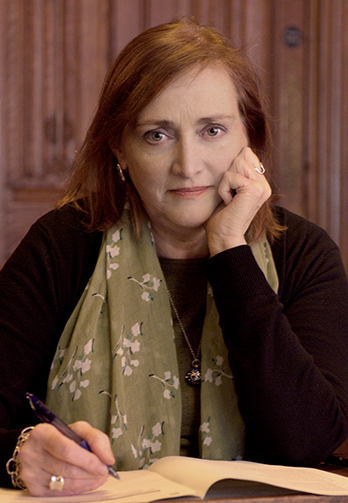 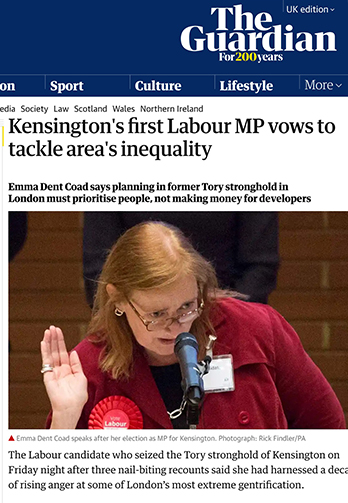 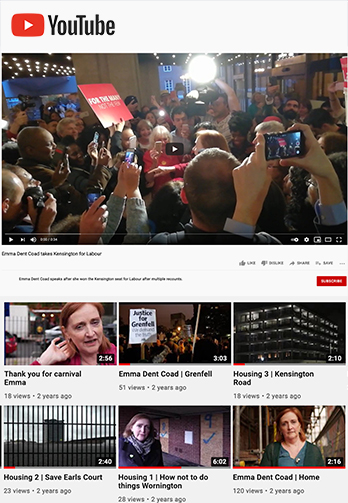 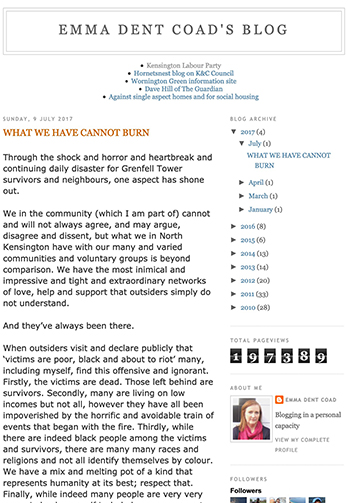 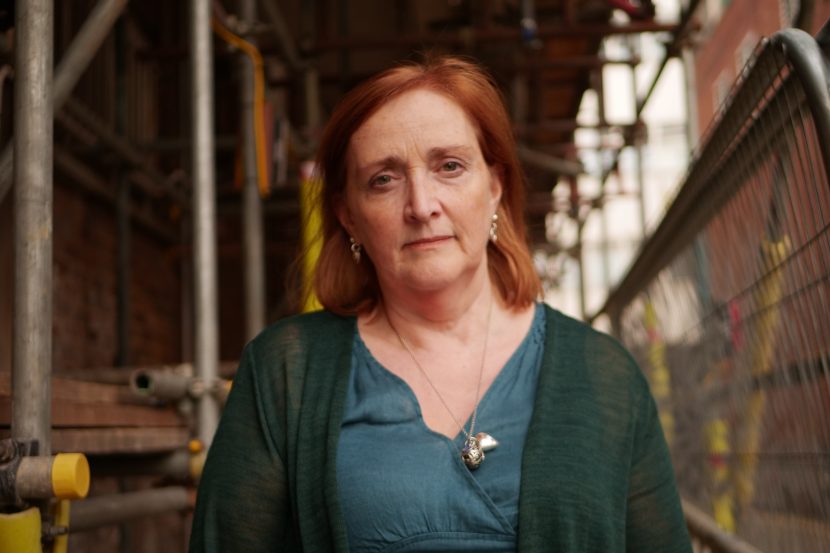 I am currently updating this website, and will be widening its remit to include issues, articles and blogs I have written as a journalist, Councillor, and during my 30 months as your MP. I made this video in September 2018 – so much has happened, but so little has changed! I’ll leave it there for a little while as a reminder. Before entering politics full time, I spent 30 years working as a journalist and researcher working in design, architecture […] 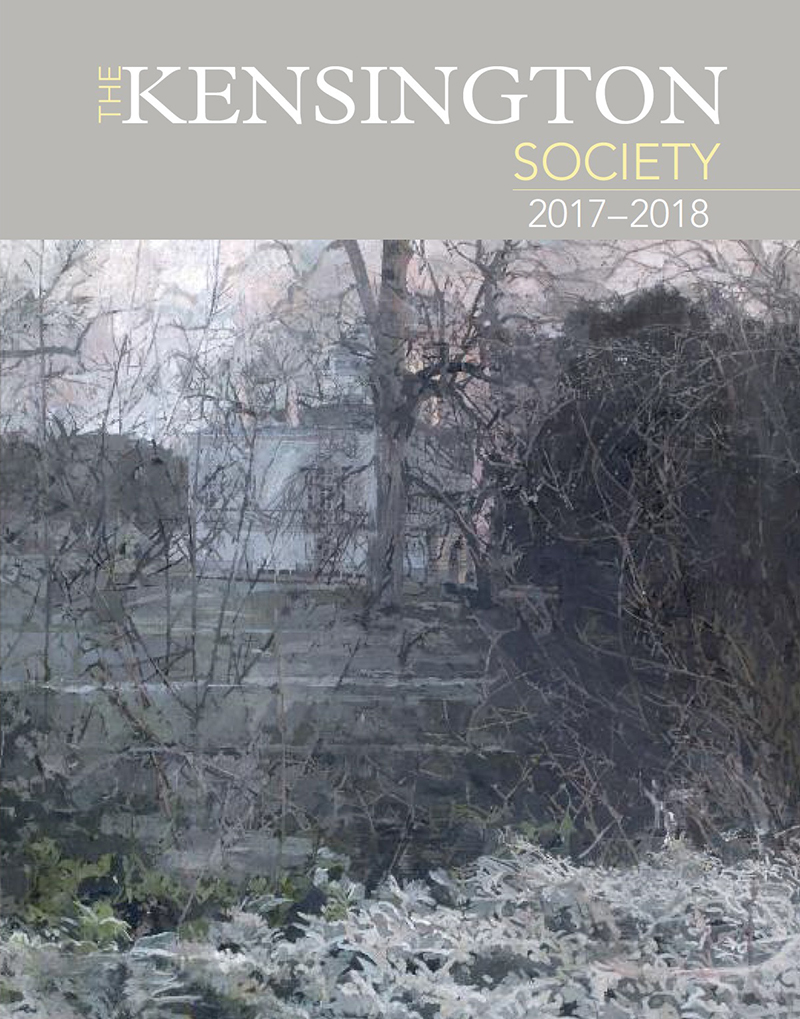 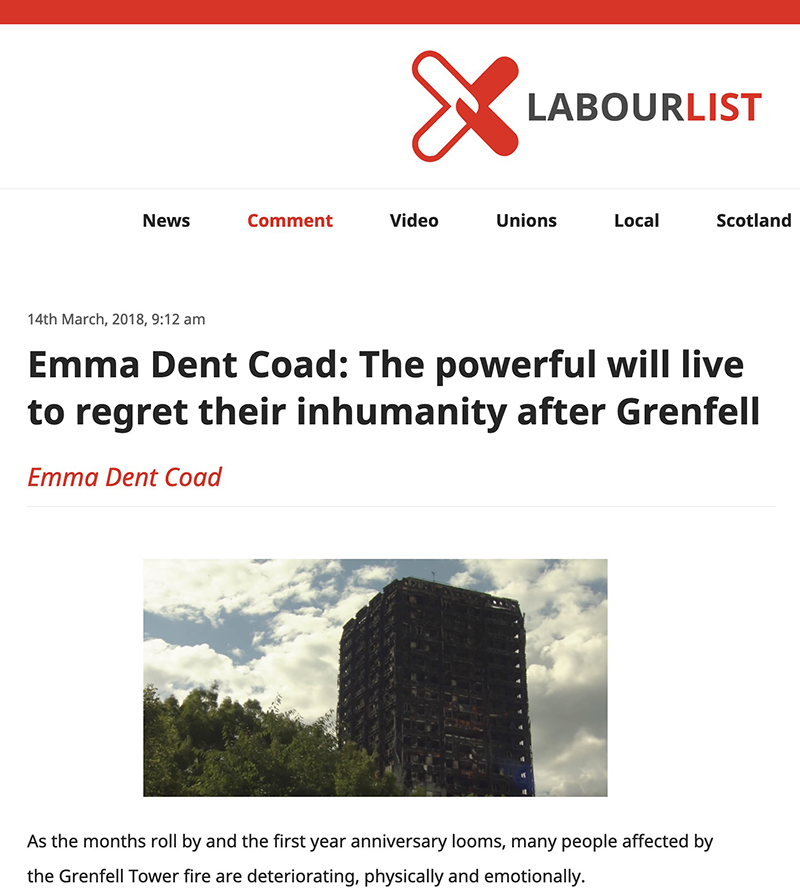 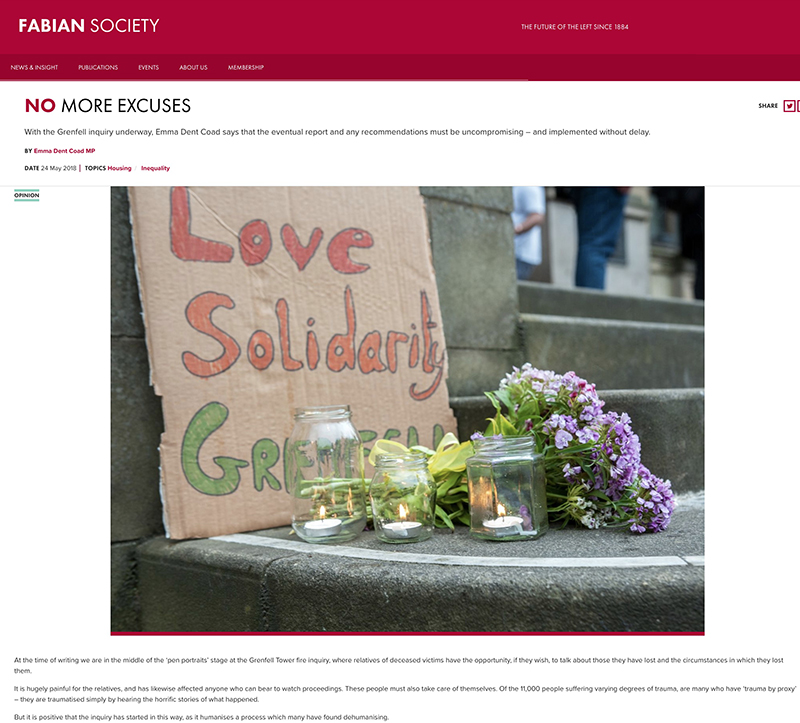 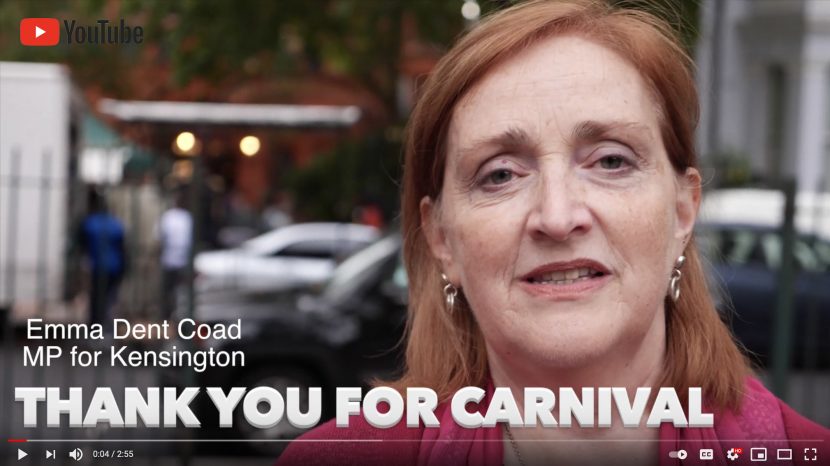 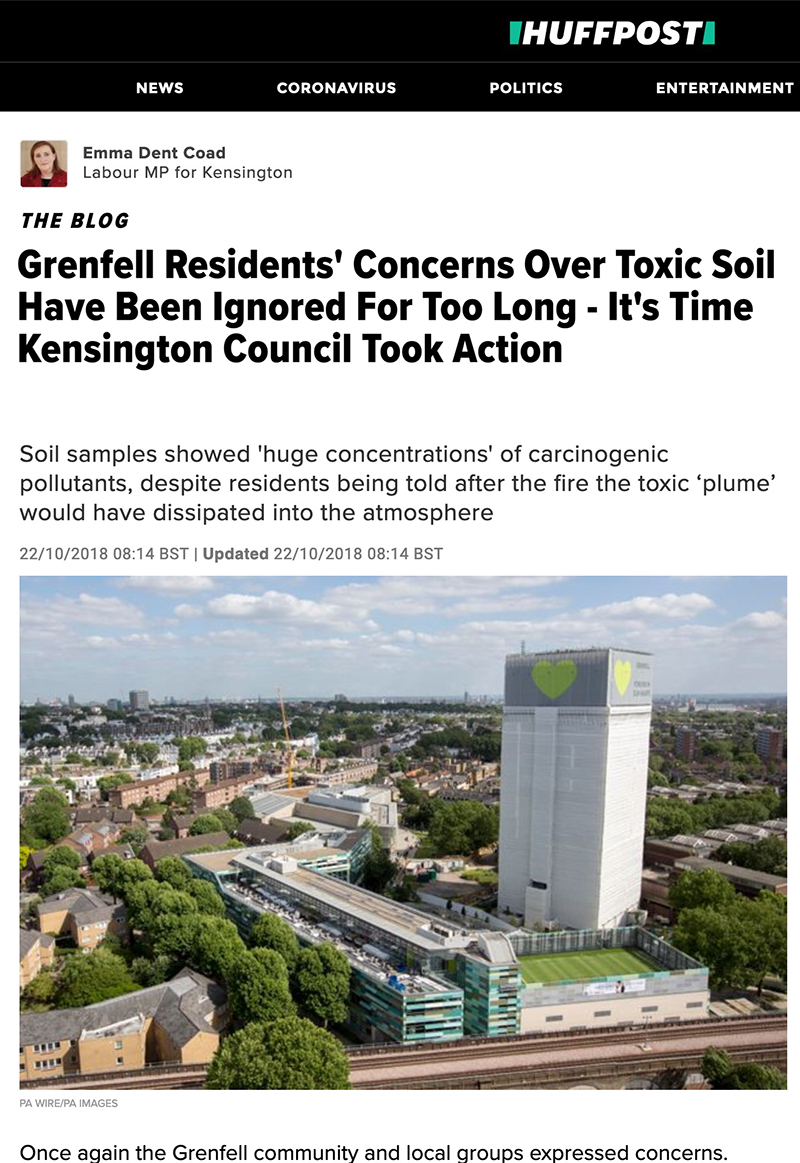