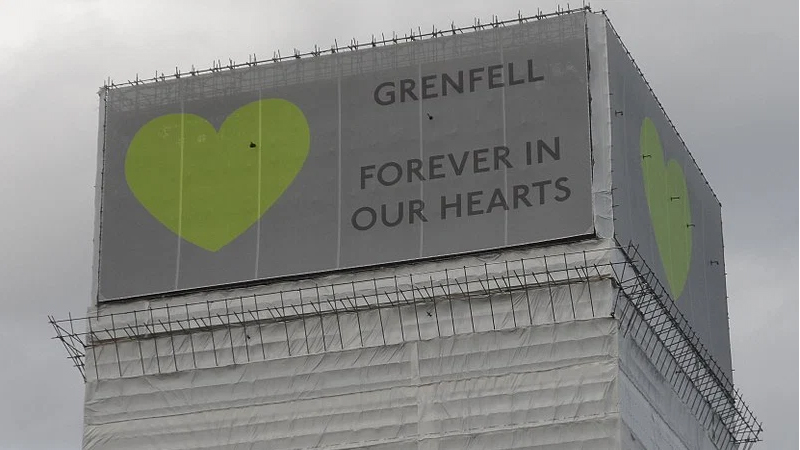 It is beyond ironic that the Royal Borough of Kensington and Chelsea Council, facing possible criminal manslaughter charges in relation to the Grenfell Tower fire, is attempting to sue two manufacturers of products involved in the atrocity of the Council’s own making.

One is Whirlpool, the manufacturer of the fridge that overheated and started the fatal fire. The other is Arconic, the manufacturer of the cheaper flammable cladding that RBKC first specified, and then turned a blind eye to, when it was fitted so badly that fire spread through unstopped gaps creating a chimney effect up and around the building, creating a 26 storey fireball.

This legal action, announced on 17th December, gives the Council the option to pursue Whirlpool and Arconic for compensation if they are subjected to civil claims. With convenient timing, a week later, 13 civil claims were lodged against the Council by a group of bereaved and survivors against a number of contractors and sub-contractors, including the Council.

Never mind that survivors of the fire say there had been occasional kitchen fires in Grenfell Tower over the years, and that before the refurbishment they had always been contained within the room or flat: the building was designed like that. Never mind that survivors have suggested there may have been a power surge in the building, as happened before, shorting numerous electrical items. Never mind the Council’s responsibility for ensuring the work was carried out correctly, which they failed to do. And never mind that the Cabinet Member responsible for the refurb had specifically asked to cut costs on the cladding, ending up with a cheaper type, as flammable as solid petrol.

Our ‘cash-strapped’ Council is spending a fortune on damage limitation in the form of PR and legal defence. At the last count this was said to be £5m a year. The media-coms department, once slimmed down, is now back ‘up to strength’. It now incorporates community engagement, which is pretty revealing: they see engagement as PR. Some of the ‘engagement’ officers do a fine job, while many are out of their depth, simply spouting the Council’s non-stop menu of platitudes.

The Council regularly claims to have achieved a ‘culture change’. They can claim that when we see them acting with honesty and transparency. They have a long way to go.

One test will be the response to questions being asked in the community about what some have identified as ‘the missing Grenfell £50m’. We must all sincerely hope this allegation of missing money is incorrect, and that it will be answered in detail with 100% honesty and transparency very soon.

The Grenfell Public Inquiry reopens on 8th February, and will be all virtual, to the relief of witnesses not wishing to walk past desperate, angry and frustrated protestors on their way in. The first part of Phase II included jaw-dropping evidence, from cladding salespeople to construction managers, of their total contempt for the safety of their fellow human beings.

I watched as much of it as I could bear. My heart went out to the RBKC Building Control officer, clearly distraught, who had left the job due to overwork months before the fire, but who clearly felt he should take some of the blame – if only all senior officers and former Councillors felt the same!

I spent a couple of hours ploughing through Council budget records, to find that while they had halved the budget and cut Building Control officer numbers as an ‘efficiency measure’, the truth is that Building Control income was very stable in the five years leading up to the fire. RBKC made ideological cuts in the name of austerity. Their wholly unnecessary ‘cost-cutting and efficiency drive’ cost 72 lives.

The stalled last session exposed potential corporate fraud on a massive scale in the pursuit of profit, without a thought for the end users of products that some of them knew were flammable and unsuitable for use on tall buildings. Some of the email exchanges read out were genuinely shocking.

Once they have finished grilling these witnesses, after Easter the focus will turn to RBKC ‘complaints and communication management of Grenfell Tower’, and compliance with fire safety regulations. Brace yourselves for another round of revelations. There may be some awkward questions coming via the legal team of the ‘rebel residents’ as they were named by RBKC. These are the residents who we now know had justifiable concerns about the way the building was being refurbished – the exposed gas pipes, the dodgy fire-stopping, doors and windows that didn’t fit, potential issues of access for emergency services, and so on. It will all come out soon, and it will be riveting – but also nightmarish.

It’s worth remembering, as you see the senior Councillors and officers take the stand later this year, that they will have been briefed and trained and rehearsed over every single potential question. They will in all likelihood respond to perfection, while saying they are ‘very very very very very sorry’ – the record from one senior Councillor was five sorrys – for the ‘tragedy’ of the fire. The final question from the QC is always ‘If you were in the same situation again, would you do anything different?’ Watch – they will be word perfect.

Shame on them for abandoning officers lower down the pecking order, who have to live with their nightmares. Shame on them for spending a small fortune on legal procedures to protect them from prosecution. And shame on them all for their performative grief.